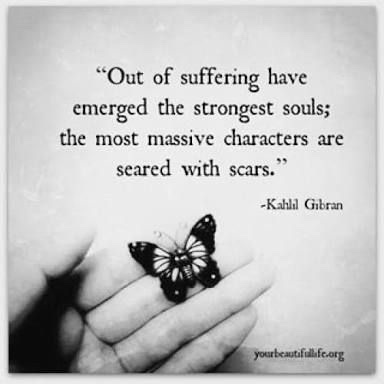 Well I lasted a total of 2.1 weeks back at work before throwing the towel in. Am so dramatic!! I feel like a failure, however I made the decision that I need to look after me. I was ready to go back, but I was not ready to deal with the unfinished business, absolute gutted that nothing has been moved forward with it since June last year. I, in my bubble of hope, though that when I came back all the world that was promised would be sitting waiting to role, but nope, I can see month ahead of Meetings and inevitably arguments.

Sounds silly but I am not strong enough to deal with someone else shit, work itself amazing, the guys and girls in my office, supper supportive and made me feel really welcome. It was nice to be back, but the elephant in the room was the unresolved issues and let’s face it, I knew going back they probably would be. From day one when they return at the same time as me, the kinda surprise that no one wants.

In the end it came down to this – I went back thinking the elephant wouldn’t be there, it was, and it hasn’t done anything to me, I fact hardly said two words, however, not one bit of behaviour has changed, and I am not sitting there waiting to be ambushed again, am not waiting to “walking away crying” . No one can contemplate unless the stand in my shoes, what it feels like to have lost your confidence after losing your baby, to have gain anxiety that you never knew you had before. To also have anxiety about your current pregnancy, and to then have added anxiety at work. Simple answer remove the anxiety, so until what was agreed last year is finalised I think am happier and healthier to remove myself from the extra stress and anxiety. This is something I would have never done before, I would have struggled to be at work, put a mask on and try and man up. I fought hard from the start of my pregnancy with Findley until the days before he died for this to be resolved and I will be damed if I am giving up now. I refuse to walk away from something because it’s the easier path. I guess now I just wait and see, I defiantly won’t be sitting 31 weeks pregnant in any HR meetings though. I draw the line there, I have a good union rep and I hope together we can push to resolve everything.

One of my colleagues made a comment at work today about how they wished they could finish at one like me.. I knew what they meant they were joking around. However I was in such a dark place that I turned around and said – I have a really inappropriate response for that, and I am not going to say it, however there is a reason I am on a phrased return. That was it the breaking point time to go home. So I sat down and spoke to my boss, I felt the best thing to do, explains to her. I understood that I wasn’t the centre of the universe but I have to be the centre of mine, because inside me grows a very special little person, who deserves not stress or worry, because what I feel, affects this little one. I really did let myself go to breaking point last year and I feel guilty, that poor Findley had to endure that levels of stress.

I surprised myself today by not saying the sentence in my head, old jan wouldn’t have thought twice about how it might make someone else feel, new Jan did. What I really wanted to respond was – am sure if your son was to die you would also be able to finish at 1, however I didn’t. Just ask therapist what that means.. does it mean I am more aware.

I am defiantly much more aware of what will and won’t affect me now, and also what I am and am not able to cope with. My colleague asked me today, have you given up on this place, I responded with A no, not yet. I won’t do either, am good at my job, if I was rubbish the fine, but I actually think it’s my calling. She also said to me, once this baby is here.. I had to stop her .. em no, you all said that last time.. and my baby died and nothing in this place has changed, so no more brushing stuff that carpet.

You so my moto is, before Findley work was important, now it’s not so important, however scares run deep from not being properly protect during my pregnancy with Findley at work, and I don’t trust it won’t happen again.